LAUNCH A MEDIA PLAYER TO LISTEN TO RADIO FREE NACHLAOT

AND IT STARTS SOME TIME AROUND MIDNIGHT 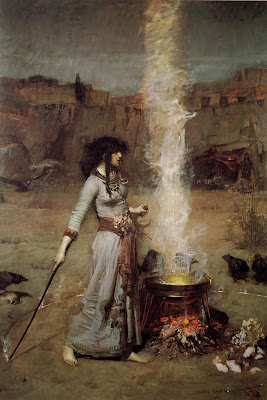 There's so much magic in sitting in a radio station, flirting with the microphone, playing music while interacting with the listeners....If these were the medieval times, I would have been accused of being a witch and burned on the stake. By the way, totally worth it :)

So tonight we'll dedicate two hours only to music. No news, no commercials, no distractions. Only music and everything it makes us feel. 21-23pm (Jerusalem time), with Maya
LETS MAKE MAGIC
Posted by Radio Free Nachlaot at 4:20 PM No comments: 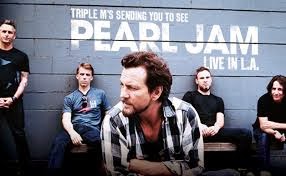 "What used to be a house of cards, Has turned into a reservoir...
Save the tears that were waterfalling,  Let's go swim tonight, darling....
And once outside the undertow,  Just you and me, and nothing more...
If not for love, I would be drowning, I've seen it work both ways But I am up riding high amongst the waves..."/ Pearl Jam

How i missed that feeling of excitement that always comes when a new album comes out. The waiting and the anticipation that drives you wild with wanting. Going through the c.d. booklet, the smell of a new c.d. The art work and the lyrics. Ah-their's no sensation to compare with this.

So, all of you jam heads, it's time to put on the flannel shirt and tune in to RadiofreeNachlaot, this Monday, 21 of October,  21-23pm (Jerusalem time) and enjoy a musical journey with Pearl Jam. Bon Jovi-Where it all began.... 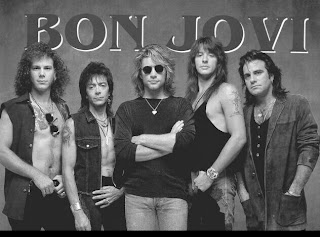 I was in the 7th grade, 12, and "Keep the Faith" was out in all it's glory. I was raised on music since birth, so i wasn't new to the music world but Bon Jovi with this album-well, it was my first as my own! A teenager, in a very difficult and confusing time in my life, from girl to a young woman, this album was the soundtrack to my transition. It was the first music that i chose for myself, that defined me. I had a huge Bon Jovi poster above my bed, in black and white and Jon never looked sexier. A few years later "Always" came out and it became the anthem to broken hearts everywhere. I knew it by heart and sang it everywhere.

A few weeks ago, i watched "Inside Actors Studio" with Bon Jovi. It's was great to see them on the show but the editing took a lot from the show and it was too short, not satisfying enough at all. It's a good thing a have a radio show, where i can have  a Bon Jovi special for 2 hours non stop and have my way with their music...

Oh..you want us to do an unplugged? sure, why not....We'll just do it a little differently! 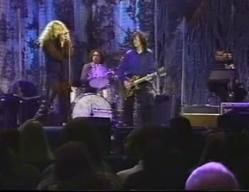 So here i was on my way home from a government office, filthy from bureaucracy (which is always a pleasure...). And then, i saw a beacon of hope, a light at the end of the tunnel-"The eighth note". A music shop In Jerusalem, the equivalent to the British H.M.V,. I had to stop there on my home to cleanse my self. While cruising through the rows of the c.d., i saw something that I've wanted for a long long time, and...it was on sale!!! The Led Zeppelin unplugged from 1994. When Robert Plant and Jimmy Page were asked to do an unplugged show for MTV, they said "sure, why not". But unlike all the other mere mortals, they didn't do it in N.Y., in the MTV unplugged studios...no, they went to London and Morocco, and brought singers from Egypt. One woman singer in particular, made me catch my breath- Najma Akhtar, who sings  with Plant, on "The Battle of Evermore".

I came home and started to play the album, and from the first sound of the first song, which is "Nobody's fault but mine", I got chills up and down my spine, and just couldn't move or speak. Everything froze in time. It's Led Zeppelin in reincarnation, totally rediscovered them selves after all those years.

I knew right there and then, that it's my duty to bring that joy and discovery to you! This Monday night, May 6.13, on RFN radio, with me-Maya, 21-23pm(Jerusalem time). 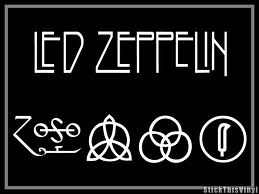 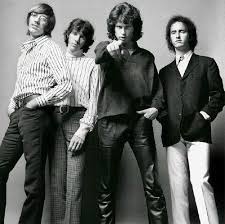 "Let's swim to the moon, uh huh, Let's climb through the tide...
Surrender to the waiting worlds, That lap against our side. Nothin' left open And no time to decide, We've stepped into a river...Easy, I love you As I watch you glide, Falling through wet forests, On our moonlight drive, baby...Moonlight drive"/ The Doors

So, while i was packing for the unknown or more specifically, to Bosnia&Herzegovina, in an attempt to make this crazy and sick world a little better, i came to the dilemma of which book to take with me for the months to come. I decided on Stephen Davis's "Jim Morrison:Life, Death, Legend". I've bought that book on my first trip to the U.S. 6 years ago in Virgins Records, on Times square (which closed down a year later-what a tragedy). The first time i've read the book, it took over me. To say i was affected by it, would be an understatement. There's so much truth, sexuality, grotesque, self destructiveness and briliance to Jim Morrison in this book. This time, the second time around i've read this book in B&H, it again affected me, in some ways much more then the first time. There were times i felt i was becoming Jim. There were days that i would spend hours writing a project or a report, while listening to all The Doors albums screaming in my ears, in a chronological order.

For years now i've been saying that in my former life i was a flower girl, my name was rainbow and i went to all The Doors concerts, and Jim and i had a thing going....Tonight, we'll take a musical journey to The Doors music, a different kind of a journey. RFN radio, 21-23pm(Jerusalem time)

Welcome to Maya's World of Music! 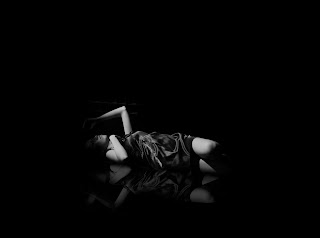 Dark and twisty-i've finally found a definition about and for my self that  i feel very
accurate and comfortable with. Although i can't take the cradit for it, it's from "Grey's Anatomy"(which i highly recommend). And that's the beauty of it: this time of year, the month of Elul is here and now!!! This last month before the year ends, we have this amazing chance to bare our souls out, hold nothing back and to deal with it.

I always loved sentences like "Embrace your madness" or "I spit normality in the white of the eye" or my own brilliant one "Normal is boring"-which is totally true. And with that, a lot of times it's very tiring, confusing and a high price to pay. Now, during Elul, there's no hiding or feeling not worthy. Now it's time to deal with those beloved demons of ours, to bring them into the light, to understand that they are a part of us and to see how they make us special.

A change can only occur when there's true acceptance, with a wink and a smile. And how lucky we are that we have music as a soundtrack for that process. This Monday, August 20.2012, 21-23pm, right here on Radio free Nachlaot, we'll take a musical journey to our not perfect selves...and we'll love every minute of it!!!! 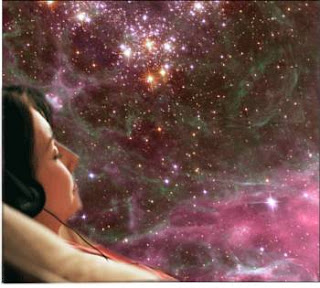 "Voice goes by, Two birds is what they'll see,  Getting lost upon their way... WIND ROLLS by, low light Eye sight, low light...
I need the light, I'll find my way from wrong, what's real?
The dream I see"/Pearl Jam

At what point in time exactly, the fact that a dream of the last past 13 years is about to come true, should cick in ??? I mean, 13 years of dreaming, hoping, yearning, fantasizing and now it's about to come true. I am going to see Pearl Jam live!!! But the thing is that i'm not freacking out yet. I think that i'm in deep denial.

For me, Live shows, a concert-is a religion all by it self. The energy, the spirits, pumped with endorphins. Pure joygasm. Its a spiritual experience through and through. The suspense rising and rising in the hour before the show begins. The explosion with in and out, the second the band takes the stage.

I have watched concerts of Pearl Jam on D.V.D and its amazing, to see it face to face will be earth-shuddering. And don't even get me started on Eddie Vedder. "May the force be with you".
This Monday night, just hours before i go on a plane, we'll take a musical journey to the world of Pearl Jam. RFN RADIO, 25.6.12, 21-23PM.

Oh, and did i say that will see 3 Pearl Jam concerts i a week? Thats right, the Cuckoo's Nest for me, after all that. 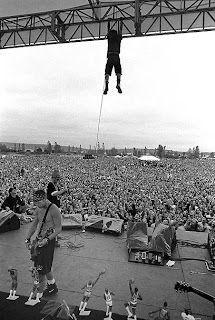 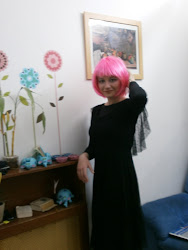 LAUNCH A MEDIA PLAYER TO LISTEN TO RADIO FREE NACHLAOT

LISTEN TO RADIO FREE NACHLAOT ON YOUR IPHONE